Switch to the dark mode that's kinder on your eyes at night time.

Switch to the light mode that's kinder on your eyes at day time.

Switch to the dark mode that's kinder on your eyes at night time.

Switch to the light mode that's kinder on your eyes at day time.

Davido is currently being hailed on Twitter after a video showing him refusing to grind American rapper, Megan Thee Stallion’s behind during a performance, surfaced online.

Megan Pete, known professionally as Megan Thee Stallion was performing on stage with Davido at the second edition of the Flytime Music Festival, 2019 at the Eko Convention Centre on Sunday, December 22nd.

During their performance, Megan who was wearing a bodysuit paired with white boots, turned her big ass to Davido and the Dad of three who is currently engaged to Chioma, stepped forward to rock her but in a split second, withdrew and danced behind her from a distance.

While some are hailing him for respecting his fiancee Chioma, others are saying he missed an opportunity. Others are of the opinion he has proven that Nigerian men don’t cheat.

See a video clip and also various reactions below 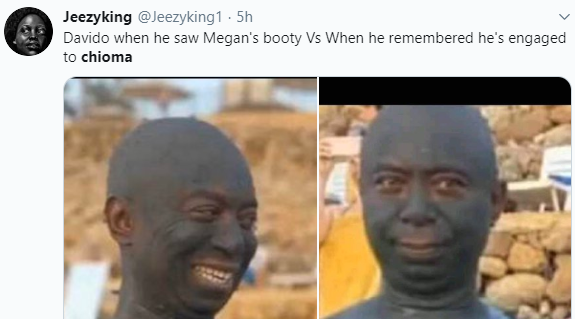 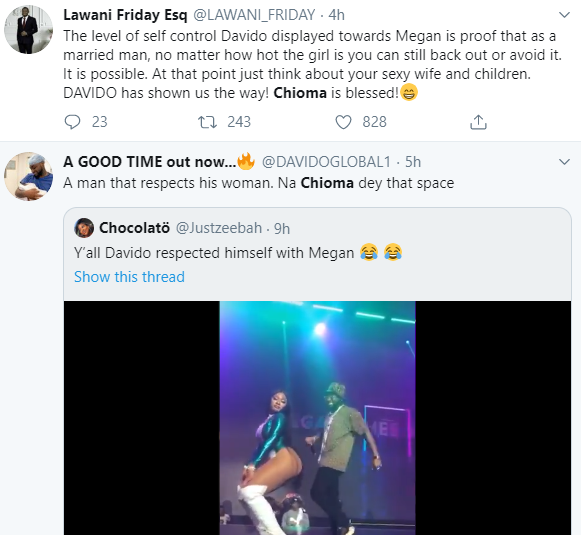 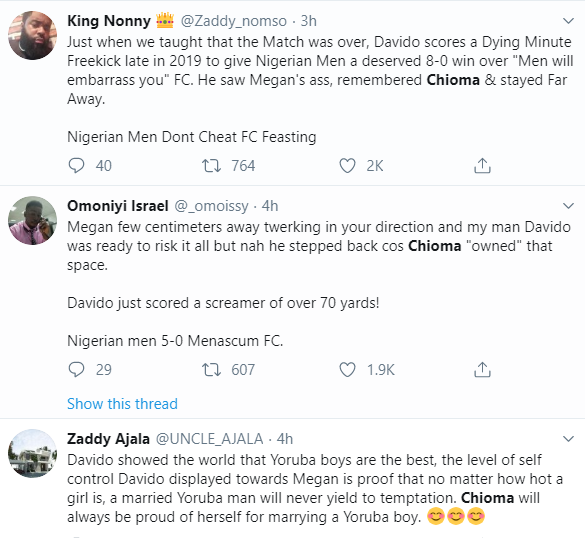 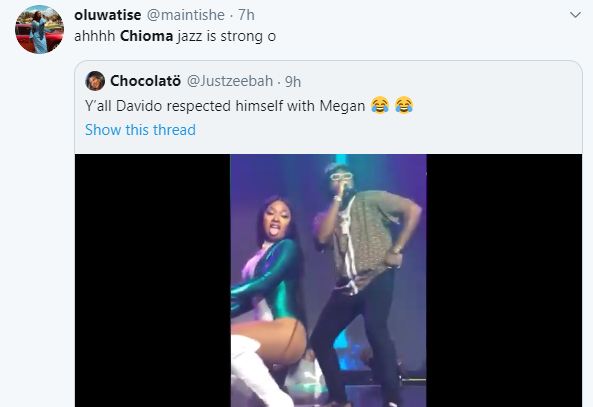 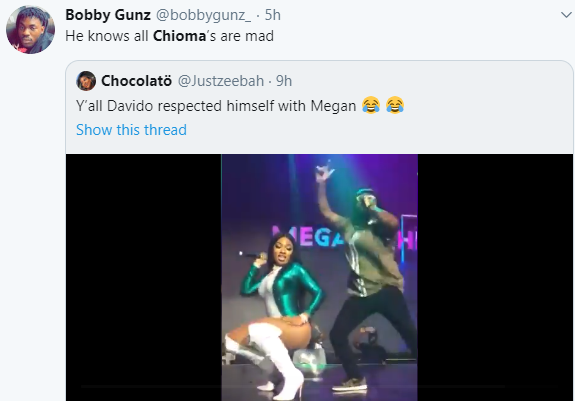 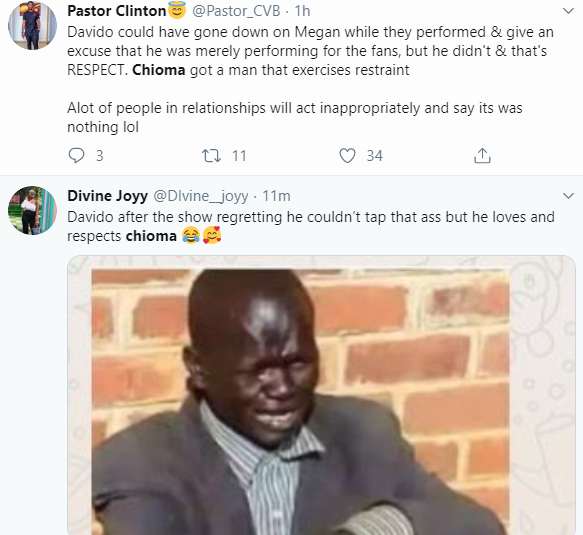 This site uses Akismet to reduce spam. Learn how your comment data is processed.

Back to Top
Close

Your password reset link appears to be invalid or expired.

To use social login you have to agree with the storage and handling of your data by this website. %privacy_policy%